When Destiny 2 came out I was pretty happy to be able to finally get into this behemoth of a franchise, and on my gaming platform of choice: the PC. I had followed Destiny at a high level and had seen all the ups and downs of that game’s release and subsequent expansions, and my hope was that Bungie had learned from those mistakes then to produce a superior product later. Generally speaking, this has not been the case.

Now, Destiny 2 is a pretty amazing experience. The shooting is just sublime, with each of the dozens upon dozens of weapons having their own combination of traits that lends to a totally unique feel. The story is just a way to bootstrap you into the end game gear grind, so while it’s nothing to write home about it’s a long sequence of set piece moments that spits you out to start the real game.

As with any game, one’s time with it is full of amazing experiences, and I’ve had my share since Destiny 2 came out. I’ve messed up the plans of the Cabal on Earth, burned out the Hive on Titan, smashed the Vex on Nessus, sent the Taken back to wherever the hell they came from on Io. I’ve participated in an uncountable number of public events on all of these worlds with fellow players, done a bit of PVP in the Crucible, and was basically dead weight for my fireteam in a few Strikes.

The first set of expansions came out for Destiny 2, horribly overpriced and half-assed attempts to extend the gameplay. They were great at pissing off players who shelled out basically enough for a full priced game, but received two lackluster experiences.

I’m thankful I waited until I could snag both for under twenty bucks.

At that price the expansions were a bit more palatable, and both certainly looked amazing. I romped through time in the Vex simulations on Mercury with Curse of Osiris, and blew the crap out of a Worm God (yes.. a worm god if you can believe it) on Mars with the Warmind expansion.

Through all of this was the ever present grind for more loot to increase your power level and get… more loot. The grind is infinite, and satisfying in one of those manipulative ways that modern games are designed to exploit. Even though the overall experience seems simple and repetitive, it’s still a lot of fun to take part in. Throwing the game up for a few minutes of play is easy enough, and can extend to hours without much effort.

Overall, my time with Destiny 2 has been a pretty cool experience. 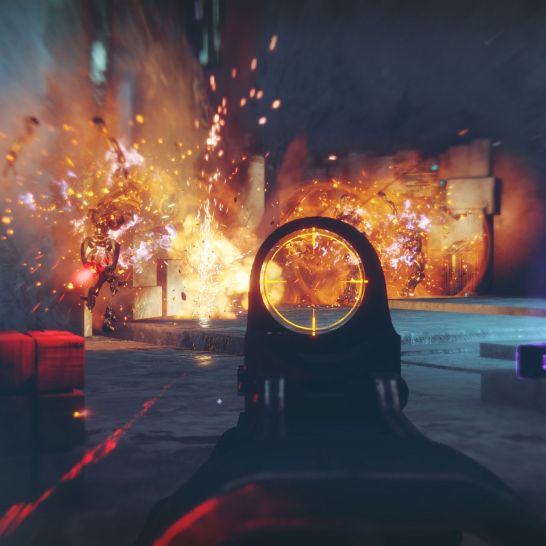 Which brings me to my ultimate point of how I’m most likely to be giving up on Destiny 2 as it approaches the launch of its latest expansion. You see if there’s one thing this game has taught me it’s how much of a money grab the franchise is. There’s a meta gaming loop here, whereby customers pay money for something that’s not as good as the previous content, then small trickles of changes come out to show how the developers are “listening”. That enjoyment-disappointment-enjoyment loop is basically Destiny 2 in an nutshell, and it’s designed to make you feel like you’re the odd man out by not buying into it.

The upcoming expansion is a full priced game worth of cash, PLUS there is a separate season pass on top of that, for additional smaller content drops that really haven’t been described fully. Staring down the barrel of a hundred dollars worth of content that might not be good value really leaves me wanting to move on to other things.

View all posts by Winterblink

This site uses Akismet to reduce spam. Learn how your comment data is processed.